To share your memory on the wall of John DellaFave, sign in using one of the following options:

He was a truck driver for many years and wo... Read More
John Joseph DellaFave, 60 passed away on Wed., April 21, 2021 at UW Madison Hospital. John was born Dec. 23, 1960 in Hoboken, New Jersey but has been a long time resident of Stevens Point, WI.

He was a truck driver for many years and worked for Lein Trucking in Almond until his retirement. He would often take his wife Melissa on some of the road trips calling it a mini vacation.

John enjoyed time with his family, friends and his dog, Maggie. He loved music and watching Ice Road Truckers on TV. John was quite a character and had a great sense of humor, bringing out his Jersey accent.

John leaves behind his wife Melissa, four children; Rikk, Johnny, Jenny, Cory Michael and a step daughter Ashley along with seven grandchildren. He is also survived by one sister, Phyllis (Dave) Simon and one brother Michael DellaFave. He also leaves his lifelong friend from New Jersey, Robby along with his mother & father-in-law, Joe and Darlene Jankowski, his brother-in-law, Brian (Jerri) Grigsby and sister-in-law Katlyn Jankowski. John is preceded in death by his parents; John & Judy McNally.

John will be deeply missed by his family and friends.

We encourage you to share your most beloved memories of John here, so that the family and other loved ones can always see it. You can upload cherished photographs, or share your favorite stories, and can even comment on those shared by others.

Posted Apr 26, 2021 at 12:46pm
Not only was John my son in law we were also friends. I loved spending the nights with them and ordering Chinese food and watching TV. He would talk to me about trucking because I am familiar with that in my job. We always got along and I will miss him very much. 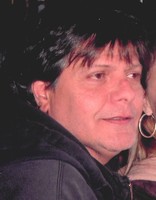