To share your memory on the wall of Clifford King, sign in using one of the following options:

The insignias listed here may be subject to copyright and/or trademarked. Those copyrights and trademarks are owned by the respective organizations.

We encourage you to share your most beloved memories of Clifford here, so that the family and other loved ones can always see it. You can upload cherished photographs, or share your favorite stories, and can even comment on those shared by others.

Cindy and Clifford Teich, Sally and John Skowronsk, Frona Tenuta, and other have sent flowers to the family of Clifford "Cliff" King.
Show you care by sending flowers

Posted May 16, 2021 at 12:16pm
Karen and Families,
Kathy and I were so saddened to hear the news about Cliff. You are in our thoughts and prayers at this time. I will always remember Cliff's smile and that distinctive King laugh at our family reunions. May the sadness you feel now be replaced with fond memories of a truly remarkable man.

Posted May 15, 2021 at 03:22pm
It was with great sadness to hear of Cliff’s passing. I met Cliff as we integrated the Skyward software into our school district in the early 1980’s. I was also a member of the Wisconsin Software and Service User Group Steering committee for many years and had the privilege to work with Cliff as the liaison to the committee. I had so many positive experiences with Skyward and Cliff stands out as someone who was warm, friendly and always had a smile on his face.
Peace and blessings to his immediate family as well as the Skyward family.
Linda Peiffer
Chandler AZ

I'm am sad to learn of Cliff's passing. My condolences for your loss.

From the time as a young kid at Uncle Stanley and Aunt Helen's house, to the times at the Log Cabin for deer season, to family reunions, and at my parents anniversary celebrations, Cliff always had a smile and a warm and infectious personality. Men like Cliff will be greatly missed on earth and a joy to see again in heaven. 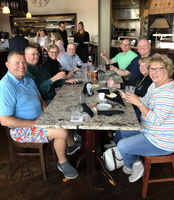 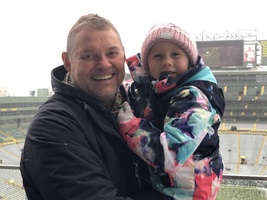 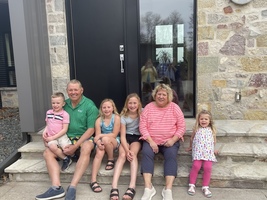