To share your memory on the wall of Robert Gill, sign in using one of the following options:

Print
Robert James Gill, born January 17, 1937 in Milwaukee Wisconsin passed peacefully on June 25, 2021 into the arms of his loving lord and savior.

Robert had a very successful 25 year career proudly serving his country in the United States... Read More
Robert James Gill, born January 17, 1937 in Milwaukee Wisconsin passed peacefully on June 25, 2021 into the arms of his loving lord and savior.

Robert had a very successful 25 year career proudly serving his country in the United States Air Force from 1956 until 1981, where he was part of Strategic Air Command (SAC), Alaska Air Command, The Inspector Generals Team, and also worked in NORAD.

He married his wife Marie (Walther) December 23, 1966 in Oconomowoc Wisconsin.

Post military, he worked with IT&T in Alaska, as well as the State of Wisconsin Job Services, where he worked as a Labor Market Analyst, a job counselor, and a Veterans Representative. He received his degrees in Business Administration, Social Sciences, and a Masters in Psychology.

He is preceded in death by his father Wilbur Gill, mother Dolores (Case) Gill and his older brother Wilbur (Bill) Gill Jr. of Oconomowoc Wisconsin.

He is survived by his wife Marie A. Gill of Custer Wisconsin, siblings Helen Schmitt (Robert Schmitt) of Rockford Michigan, Connie Kramer (Richard Kramer) of Juneau Wisconsin, and Sister in law Lucy Gill of Oconomowoc Wisconsin. He is also survived by his children Robert Gill Junior of Stevens Point WI, Matthew Gill (Marcela Gill) of Severna Park, MD, Janet Dekock of Demotte IN, Andrew Gill of Stevens Point WI and loving grandchildren Mateo Gill and Holland Dekock and many Nieces and nephews.
Robert was a loving father, husband, grandfather and friend to many. He loved hunting, fishing and the great outdoors. He made a positive impact in a lot of peoples lives and he will truly be missed by many friends, family and co-workers.

A Mass of Christian Burial for Robert will be held at 11:00AM on Thursday, July 1, 2021 at St. Mary's Immaculate Conception in Custer, 7176 Esker Rd, Custer, WI 54423. Friends and family may gather to share memories on Thursday from 9-10:45AM at church. Burial with full Military Honors will be held on Friday at 1PM at the Central Wisconsin Veterans Memorial Cemetery in King, WI.

Online condolences may be sent by visiting www.shudafuneral.com
Read Less

We encourage you to share your most beloved memories of Robert here, so that the family and other loved ones can always see it. You can upload cherished photographs, or share your favorite stories, and can even comment on those shared by others.

Flowers were purchased for the family of Robert Gill. Send Flowers 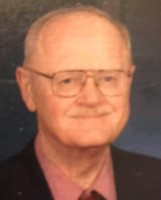