To share your memory on the wall of John Barr, sign in using one of the following options:

A Mass of Christian Burial for Jack will be held at 11:00 AM on Tuesday July 6, 2021 at St. Stephens Catholic Church. Friends and family will gather to share memories from 10:00 AM until the time of services at the church.
Burial will be at St. Stephens Parish Cemetery.

Jack was born in Milwaukee, Wisconsin to George and Louise Barr. (Kuich) After graduation from Pulaski High School, in 1944, Jack enlisted in the United States Army and served in the Pacific Theatre of Operations during World War II. After his military service Jack earned his Bachelors degree from the University of Wisconsin-Madison. After earning his undergraduate degree Jack met and married Beverly Rogstad, June 6, 1953. After several periods of employment in Milwaukee, Jack and his family moved to Stevens Point in 1969, and worked for Sentry Insurance until he retired in 1989.

After retirement he was involved in many volunteer activities which he thoroughly enjoyed. Jack served on the Common Council for 14 years, seven of which he served as council president. He was also a member of the Police and Fire Commission and served on the Board of Review.

He was preceded in death by his wife of 61 years, Beverly; his parents George and Louise; brothers, Earl, George, Jim and Tom; sister Elaine.

He is survived by his son David, of Menomonee Falls; his daughter Marie of West Bend, and grandson Nicholas, also many nieces and nephews.

In lieu of flowers, donations to the Wisconsin Honor Flight or St. Stephens Parish of Stevens Point in his honor are appreciated: neverforgottenhonorflight.com or pointcatholicfaith.org

The family would like to thank the staff at Brookdale/Dimensions Living for all they did. Their kindness and care are appreciated beyond words, and will always be remembered.
Read Less

We encourage you to share your most beloved memories of John here, so that the family and other loved ones can always see it. You can upload cherished photographs, or share your favorite stories, and can even comment on those shared by others.

Posted Jul 04, 2021 at 04:41pm
I had the great honor of meeting and knowing Jack while he served in City government. In my eyes and mind, he was absolutely one of the best common-sense elected and appointed City officials that I knew during my quarter century employed by the City. My heartfelt and deepest sympathy to all the family.
John Schmidt, retired captain, Stevens Point Police Dept.
Comment Share
Share via:

Posted Jun 28, 2021 at 09:57pm
Had the privilege of living next to Jack and Beverly since ‘06. They were great neighbors. I will always remember Jack sitting in front of his garage listening to the Brewers game on the radio. He always had a kind word and enjoyed when I’d bring my golden retriever, Sam, over so he could pet him. Rest In Peace Jack.
Pete Clark
Comment Share
Share via: 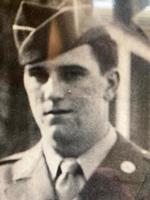