To share your memory on the wall of Richard Christofferson, sign in using one of the following options:

We encourage you to share your most beloved memories of Richard here, so that the family and other loved ones can always see it. You can upload cherished photographs, or share your favorite stories, and can even comment on those shared by others.

Posted Aug 03, 2021 at 11:51am
Dr. Christofferson was my advisor throughout my college career and I admired him a great deal. He was kind, thoughtful, smart and guided me wisely through those years. I'm grateful he was part of my journey. With respect, Diane Engelhard Loeser
Comment Share
Share via: 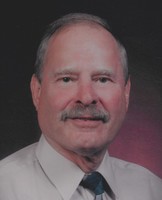