To share your memory on the wall of Myron Higgins, sign in using one of the following options:

We encourage you to share your most beloved memories of Myron here, so that the family and other loved ones can always see it. You can upload cherished photographs, or share your favorite stories, and can even comment on those shared by others.

Posted Jul 22, 2021 at 11:06pm
Condolences and hugs to all of the Higgins family, young and old. We'll always have the memories. Cindy (Brooks) Boudreau
Comment Share
Share via:
HU

Posted Jul 21, 2021 at 08:47pm
Brian and family, Sending our deepest condolences and sympathy to you and your family. From your work family at LS Industries and ABC Remodels

Posted Jul 21, 2021 at 04:16pm
All Higgins cousins,
I am sorry to hear of the passing of your dad. I remember statying at your house in Stevens point ans sleeping in Patty's room. It was fun and your Dad seemd to smile a lot. I did not know he was in the service- miltary so many years. Thank you for his service. Your parents were always welcoming to us when we came to Stevens Point. They both always seemd like such genuinely nice giving people. They even came to my Wedding . Love from Jennifer krocahlk ( now Poppie). Praying for you

Posted Jul 20, 2021 at 10:45am
Chris, Patty, Mike, Mark, and Tim,
Sorry for your loss. May your memories bring you comfort and peace.
debi (Mitch) Cleworth
Comment Share
Share via:
CK

Thank you very much Debi 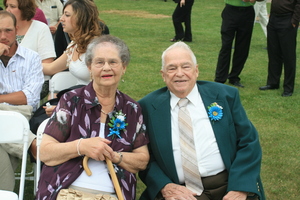